Wilcox & Co Plumbing were contracted to complete the Hydraulic services and the extensive Civil stormwater installation.

Each site is forecast to supply the fuels retail market over 40 million litres per year, attracting 9,500 customers per day.

The project including both sites, was completed with 12 months, and officially opened simultaneously to the Public on the 9th December 2015, including Freeway Access Ramps

We're not around right now. But you can send us an email and we'll get back to you, asap. 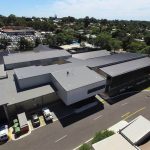 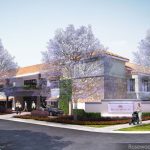